Technics has carried out a Ground Penetrating Radar (GPR) survey at the historic Lincoln Cathedral to provide detailed subsurface data to detect both archaeological and utility features.

GPR data has been used to support plans for a proposed development of the new refectory and visitor facilities, and more importantly to minimise the risk of damage to any buried archaeological evidence as well as plot the position of known and unknown utilities.

With the suite of GPR systems employed by Technics, including the IDS Hi-Mod (pictured below) and new IDS Stream C, Technics captured multiple 3D data sets in high resolution for post-processing the detectable utilities and archaeological features. 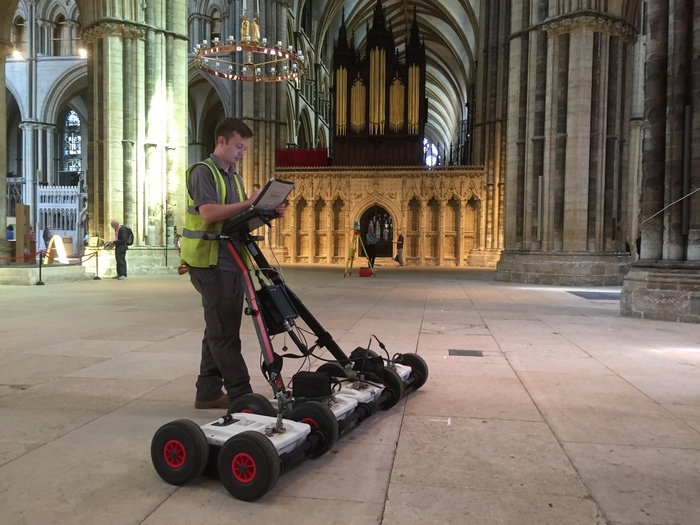 Constructed in 1072, the Cathedral is steeped in history, with records of late Saxon and two 12th to 17th century courtyard houses sitting within the survey area. It was therefore paramount that the surveys were undertaken to allow planned works to the site to get underway. 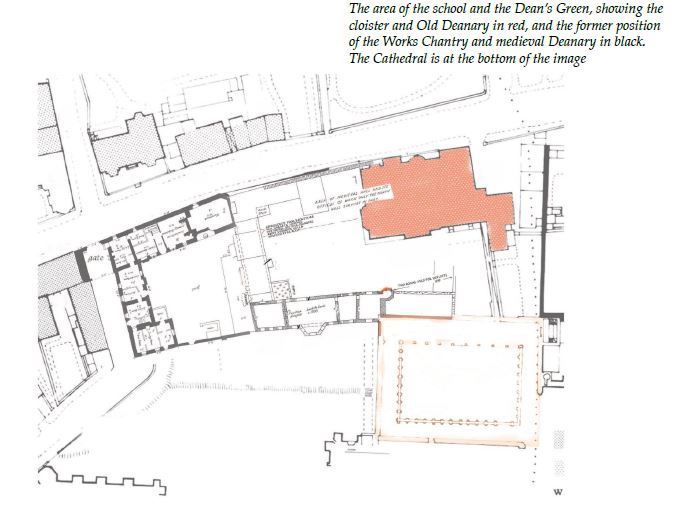 Having carried out the detailed survey, Technics was able to compare the GPR data and evidence from boreholes, which included traces of Roman tiles, ceramics, plaster and tesserae. Analysis of the GPR data revealed the positions of a series of probable structures, including parts of Roman, post-Roman and Medieval buildings. These results will now enable the Cathedral to undertake planned works with prior knowledge that will allow them to minimise damage and instigate appropriate recording programmes for archaeological features that cannot be avoided during development.

A Professor and Consultant Archaeologist working for Lincoln Cathedral said, ‘The GPR survey to the north of the Cathedral revealed the traces of the Medieval buildings where we expected them, but much more vital and interesting, it showed a mass of deeply buried Roman walls beneath them, in the area where the new shop, museum and restaurant were designed to be built. Finding this out at an early stage has been crucial in allowing modifications to the plans within a scheduled area, which would otherwise have been ruinously expensive once the project got underway.’

If you require further information on Ground Penetrating Radar for your project, please call one of our offices or email our Project Management team enquiries@technicsgroup.com

We will use this email address to send you newsletters and occasional other information about us and our services. We will not use it for any other purpose or sell it to anybody else. See our Privacy Policy for more information.

As geospatial surveyors, we are natural problem solvers, so if you have a question, query, or are interested in our consultancy services then let’s meet and discuss how we can best achieve your goals together.